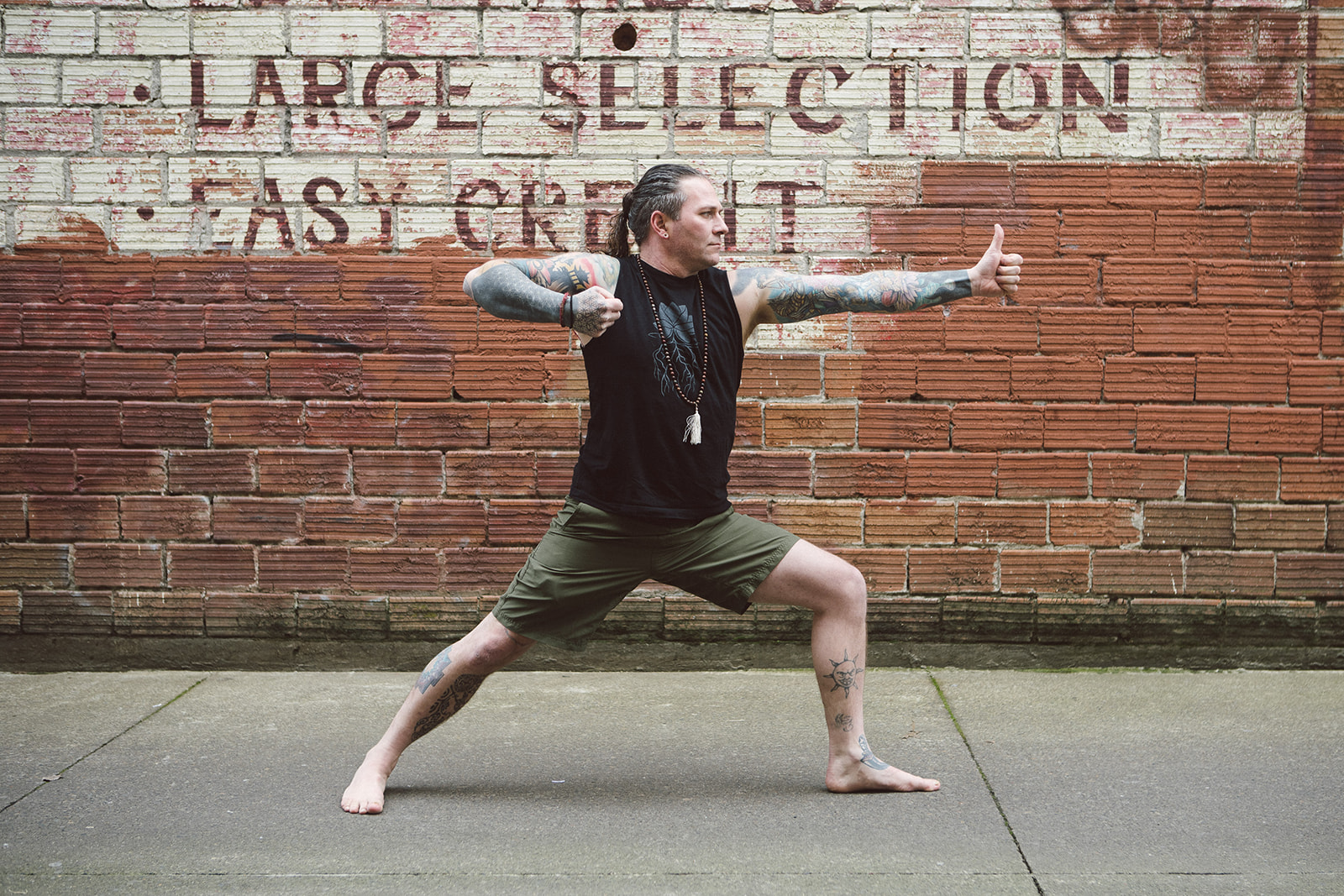 Pavan Shiva Singh also known as Shaun Ferguson, began his disciplined spiritual practice over 20 years ago in martial arts. After receiving his black belt in Shurit-ti, and his teachers blessing, he opened up a martial arts studio in Creswell Oregon. His focus was working with low income families. Being a proud father of two, he understood the importance of teaching a form of fun spiritual discipline that could give the children a sense of purpose. Soon he started to branch out to other forms of healing learning Reiki, sound therapy, playing Bahkti music, becoming a Practitioner through The Center for Spiritual Living, Practitioner of consciousness and working with Jean Houston through programs such as Social Artistry becoming a certified facilitator.

In 2018, Pavan began his journey to India based on his deep love and curiosity of Yoga and the true Vedic Wisdom. In 2019, Pavan received his training at the base of the Himalayan mountains under his Beloved Guru, Anand Mehortra. His teachings include Raja (yoga of meditation), Bahkti (yoga of devotion), Gyana (yoga of wisdom), Karama (yoga of liberation and action &amp;service), and Tantra (yoga of practice).

In Pavan’s class you will be led on a personal Journey deep into your heart allowing for your fullest potential to be reached through these teachings. Pavan’s love for teaching Sattva Yoga specifically, is felt with deep sincerity as he believes that practicing and embodying Yoga is by far the most profound healing modality of all. Sat Chit Ananda, you are Pure Consciousness stretched out blissfully into Infinity right here, right now.